Take A Photo or Live In The Moment?

Our world is a very visual one.  Especially now.  Facebook gives priority to video created on their own platform (Facebook Live) and LInkedIn is getting into that more and more.  Instagram is all ABOUT pictures – and one does say a thousand words. Twitter is bite-sized, yes – but still very visual.  A post that has an attached photo is likely to get a lot more attention (unless you already have a huge audience).  There’s a LOT of noise out there these days.  And a lot of it is in photo format.

Now, I’m not here to judge folks for their photo taking habits (though selfies are STILL kind of a mystery to me …) But when we’re so busy getting the perfect photo for Facebook or Instagram, are we really living in the moment?  Are we experiencing where we are instead of worrying about preserving it for “fans” on social media?

It’s so much easier to take a photograph now than it ever has been.  We all have a camera in our pocket.  And it’s basically a mini computer.  I’ll admit it.  I feel like I’ve lost my left arm if I forget my cell phone when I go out.  I’m just as guilty as everyone else when it comes to being addicted to my tech.  But precisely because it’s so easy to take a picture now, do we really value those pictures?  Do we plan them?  Do we try to show people how we see the world with our photographs, rather than simply trying to show the world how popular we are?

What would happen if you couldn’t just snap a picture on your phone and immediately share it on social media in digital format?  What would happen if you had to spend money and time to get those photos developed?  It wasn’t so long ago now, that that was the case.  And when photographs were a precious commodity that told the story of people’s lives sparingly, those little glimpses were valued.  Now?  Are they valued?  Photos are so commonplace that we hardly give them a second glance.  There are of course, exceptions to every rule.  But have a look right now on your social media feeds and tell me what you see?  Yes, there are some who have a really good eye for the perfect composition of an interesting photograph (I know several really talented photographers, in fact.  I’m looking at you, Irina, Seshu & Doug).  But more often what you see, is people taking pictures of themselves.

I recently ran across this particular segment on the BBC, about a photographer named Levi Bettwieser, founder and film technician of the Rescued Film Project, who is on a mission to preserve photos taken by actual cameras on film rolls and abandoned, for whatever reason.  In the case of one of his projects, the person taking them simply couldn’t afford the cost of printing them.  And considering it was twelve hundred rolls of film, that’s not too surprising.  But “Paul”, this photographer from the 50’s, preserved them as best he could. Because he felt they were important.  And he cared about his subject matter – mostly his family.

What struck me the most about this short video segment, was how preserving these photographs made Mr. Bettwieser feel about taking pictures today.  He says, “... We used to take pictures when they meant something.  But now we flood our lives with taking pictures of moments so that we can share them with others and so that we can get likes.”  and “Someone who only had nine pictures wanted to remember that one moment – and so I’d rather be in the moment and actually feel the experience then spend time trying to capture it and maybe miss out on the experience.”

So by spending all your time taking photos, are you missing out on the experience?

Just something to think about.

Here’s a link to the video segment I mention above (click on the photo below) – and also to an Outlook podcast called “Why I Rescue Old Rolls Of Film” – where he expands on the subject of his photo preservation experiences.

Oh – and just for giggles, check out this comedy routine.  Pretty spot on, huh? 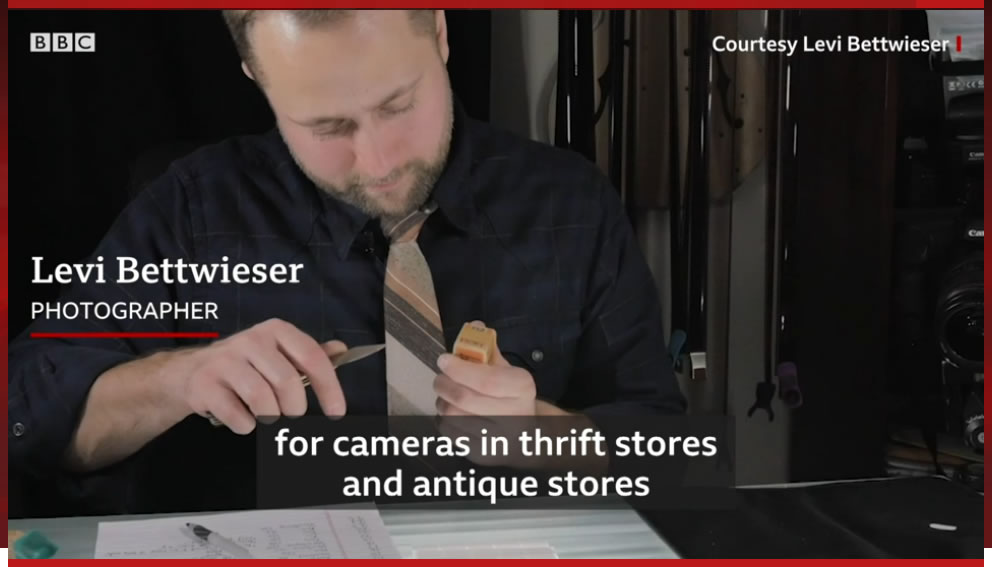