Mastermind groups are a powerful thing.  They can take you out of your own head space and into someone else’s.  Helping someone with their struggles can sometimes help you deal with your own.  And doing it in a group setting, is kind of like crowd-sourcing.  In a really good way.  Of the many opinions and suggestions you’re going to hear, at least one of them is likely to resonate with you.  It also holds you accountable for getting things done.

A mastermind group could be within a particular industry, or even among several industries – as long as the ultimate goal is the same. Usually, that goal is moving forward in some fashion.  And making statements about what you will do in front of people on a journey similar to your own, can be just the kick in the butt you need to actually do what you say you want to do.

I’ve seen this sort of thing work from a couple of perspectives.  I’ve been involved in a voice over Mastermind group for over five years.  And I’ve just recently joined a more general Mastermind group to see what sort of effect that will have.  So far, I’ve been really impressed.  I’m learning a ton – and I know I have people in my corner, cheering me on.  I also know that if I don’t do what I say I’m going to do, I’ll have to answer to them.  It’s motivating. And it’s what I need. 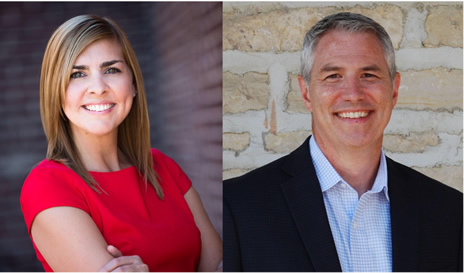 So what if your industry is the industry of helping other people?  Is there a mastermind group for those sorts of folks?  Well yes, there is! Mary Valloni and Joel Kessel are two superstars in the nonprofit industry.  Between the two of them,  they have over 40 years of working with hundreds of nonprofit organizations (like the United Way, Habitat for Humanity, American Cancer Society, Special Olympics and many more).

They’ve put together a type of mastermind group specifically for growth-minded nonprofit Directors, Presidents, CEOs or Founders, called The Nonprofit Executive Club.   For a very reasonable monthly amount (or a yearly amount that has the extra bonus of a ticket to their Executive Club 2-Day Workshop in St. Louis, MO!) these forward thinkers can join an exclusive club. That club has monthly coaching calls,  all sorts of tutorials and training on strategy and fundraising, along with a private Executive Club Facebook community that both Mary & Joel participate in regularly.  Sounds like a pretty fantastic mastermind group to me!

Turns out, the rules for engagement these days – especially in the non-profit sector – are very different from what they used to be.  Since you can’t manufacture more time, learning how best to use it, can be a great way to improve your ROI.  It’s the 80/20 rule – for those who help others.  And your guides along the way, really know what they’re talking about.

So if you’re running or heavily involved in a non profit organization, joining this kind of Mastermind, could be just the strategy you need to take things to the next level.  Mary and Joel can help you reach the people you need to reach – so that what you’re offering the world, gets the attention it deserves.