Who let me in here? How did I get where I am?  Why do I deserve this?  What if I … (fill in the blank – forget my lines, play a wrong note, say something stupid in a meeting … You get the idea.)

We all have these thoughts.  We all wonder how we got any of our successes – and if we deserve them.  We all dwell on the one negative comment, and forget about all positive ones.   It’s human nature.  And it’s called Impostor Syndrome.

How do we combat this?  I don’t know about you, but when I see extremely talented and successful people admit to feeling this way, it kind of makes me feel better.  After all – if someone as successful as David Tennant deals with this sort of thing on a regular basis, who am I to deny my own feelings of inadequacy?

Enter – Off Camera, with Sam Jones.  He has some remarkably candid conversations with some very successful people and lots of interesting perspectives on what we all deal with.  Ultimately, these people are just like us.  And just like us, their brains can play tricks on them.

Here’s a small sample of Sam’s interview with David Tennant.  And besides wanting to give the man a hug, I found a lot of what he said to be fascinating.  For instance, he reveals that he actually improvised during a performance of Romeo & Juliette (while playing Romeo) – and it turns out, no one noticed.  Isn’t that interesting.

The audience was full of theater critics that had probably seen that play a hundred times or more – and no one noticed.  Lesson learned.  If you don’t draw attention to it, and your audience is entertained, it’s likely they won’t notice a mistake either. This can apply to a bunch of different things such as live music performances, business presentations, even keynote speeches.  We’re all human.  We all make mistakes.  It’s what we do after we’ve made them, that demonstrates who we are.

This sample of David Tennant’s interview definitely shows who he is.  And if you want to view more of these candid interviews, there’s more on Netflix (3 seasons of it, in fact).

In business and in life, no one – and I mean NO ONE (no matter how much you seem to think they have it all together) has everything perfect. Looks can be (and ARE) deceiving.  The only constant in life is that we WILL fall down.  We WILL fail.  A lot.  So … do you learn from those failures?  Do you STAY down?  How quickly do you get back up again?

Who Do You Spend Your Time With?

There’s a lot more to that equation than fail = try again.  Who you spend your time with will likely determine a lot about how you try again – whether you even DO try again, and how fast you do it.   So here’s a question.  Who do you spend your time with?  And do they encourage you to try again or do they keep you from trying? What lessons do you learn when you fail and how do you apply them to your next attempt? 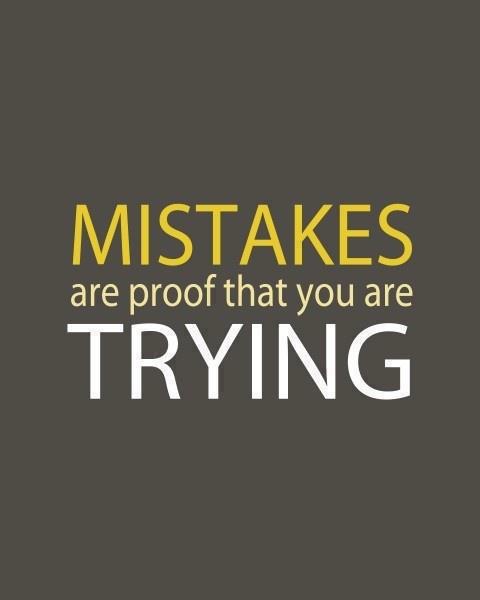 I’m a big (geeky) fan of two particular movies.  The first is Rocky.  The original one.  They’re all good – but that one was ground breaking. I loved how pig-headed Rocky was.  How very imperfect he was (right down to his speech patterns). How he kept on trying even in the face of incredible adversity.  He was the best because he had heart.  He stuck with it.  He took the hits and was knocked down.  He got back up again, against all odds. He was the best because he stuck around.

The second (and far newer) movie is Captain Marvel. And surprisingly, this movie and Rocky have a lot of things in common.  Carol Danvers was a fighter.  She demonstrated that she was a hero – not because she had incredible powers (that happened after she’d already demonstrated heroic qualities) – but because she got beaten down – just like Rocky – and got back up again.  Constantly.

How Does This Relate To Us?

Success isn’t perfection.  Success is being beaten down until you thought you weren’t going to be able to get up again – and doing it anyway. It’s about persistence.  Perseverance.  Consistency.

Justin Schenck is an entrepreneur and public speaker who hosts a podcast called the Growth Now Movement.  By now, you’re probably starting to see a theme in my blog posts – one of self discovery and yes, growth – in both your business and personal life.  Listening to this podcast is only one of the many ways you can expand your horizons.  And I would never have heard about him at all, were it not for Vincent Pugliese, Andy Storch & Ken Carfagno. 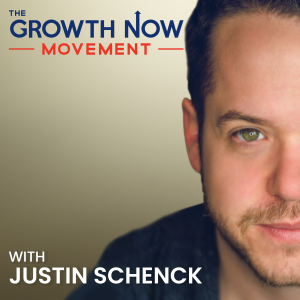 These three have been instrumental in expanding my horizons.  All three of them just recently went to Justin’s Growth Now Movement Live event in Reading, Pennsylvania – and RAVED about it.  So much so that I’m committed to joining them next year, and very much looking forward to it. This is a big deal for me because most of the conferences I’ve been to in the past have been voice conferences where I meet up with my colleagues and discuss the business of … well… voice overs – not business conferences in general.

Don’t get me wrong.  It’s wonderful to meet up with my friends in the voice over business.  And they really are good friends. But it will be equally interesting and educational to meet up with business professionals that are motivated to up their game across all sorts of different industries.  A lot of what motivates them, also motivates me.  And that leads me to more mention of Justin’s podcast.

I’ve already linked to his interview with Mike Kim – and if you’re wanting to give his podcast a listen, I think you’ll really find that particular one to be highly entertaining and educational.   But this episode on How to Deal with Imposter Syndrome really spoke to me.  It’s a short podcast (only a little over 3 minutes!) – but it’s a powerful one.  He calls these his “moment of growth”.  And along with these, he also interviews some fascinating and highly motivational personalities.

Sometimes all that’s between you and success is a different mindset – and these podcasts are really good at shifting that inner dialogue from destructive to constructive.  My recommendation is to listen to a bunch of his back episodes, depending on what appeals to you, and then follow his podcast from here on out. I know I’ll be adding this one to my list.  I hope it helps you reach those big dreams!

As a voice actor who also wants to do things like … Oh … I don’t know … have a roof over my head, be able to eat a meal or two a day and occasionally take a vacation, I’ve had to learn something about translating a creative career into a business.  While I’ve been self employed since the early 2000’s, making my business a financially successful one, has always – and probably always WILL be – a challenge.  I could always stand to learn more about how to be a better freelancer.  Enter Vincent Pugliese.

I first met him when I was trying to up my game by participating in the Boss-Free Virtual Summit put on by Podcaster, Jeff Brown (thanks, Jeff!) – and I really enjoyed both his video interview with Jeff, and the information he had to say.  Joining Vincent’s community of like-minded professionals who want to take their careers to the next level, has been one of the most important changes in my recent life – and I’m loving it!

So when Vincent decided to put out his book in audio book format – and then give it out FOR FREE – I definitely wanted to spread the word.   If you’re looking for an honest and inspirational “how-to” book on side-hustling your way from dreams to reality – from a dead end desk job, to a fulfilling life as a freelancer, this is the book for you.  And quite frankly, when Seth Godin gives it a glowing review?  It’s definitely time to take notice.

I know how much effort goes into putting an audio book together.  That’s why it’s NOT a genre of voice acting I happen to work in – though I totally admire those who do!  Vincent put a lot of blood, sweat and tears into this – and it’s all for our benefit.  He has a way with words, and a way of getting right down to the nitty gritty without apology.  You’ll likely appreciate this as you listen to his stories.

Download your free copy of Freelance To Freedom at https://totallifefreedom.com/f2fbook . 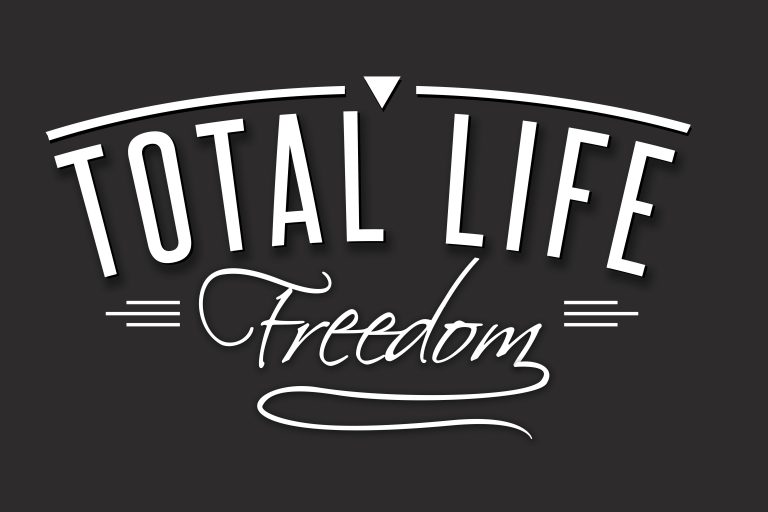 I adore and admire Marie Forleo. She is the epitome of personal branding, yes.  But she’s living authentically – without apology.  And she brings a lot of wonderful things to the world.  I love that.  She interviews people who do similar things too – those who pioneer new ways of thinking and doing.  I regularly watch her videos and am both inspired and moved.  This particular video is no exception.

You might know Elizabeth Gilbert as the writer of Eat Pray Love – but she’s written many other books, of course.  And this latest one is something special.  It’s fiction.  But it’s a wonderful journey of overcoming adversity we created ourselves. We can come back from that.  As Marie would say, “Everything is Figureoutable”

I really appreciate that message.  There’s also some pretty profound discussion about the difference between depression and grief here.  All in all, it’s a wonderful discussion between two friends that we, the audience, get to witness.  And a great many truth bombs are dropped.