On November 18th of this year, the 5th annual Society of Voice Arts & Sciences held their awards ceremony at Warner Bros. Studio in 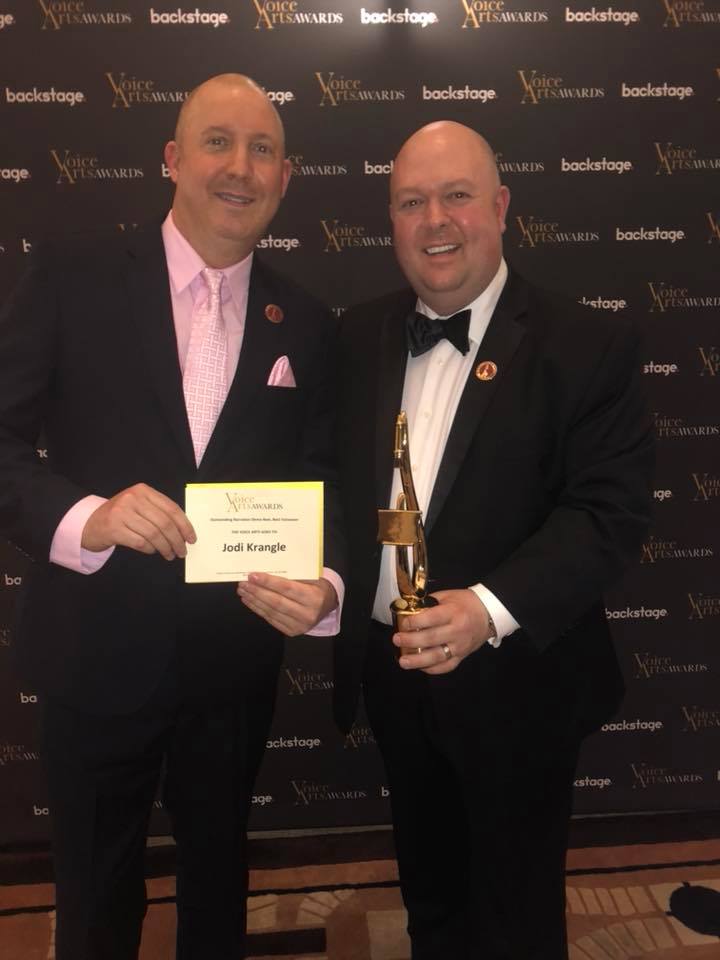 L.A.  My TV (In Show) Narration Demo was nominated for an award (along with several other very talented nominees) when it was sent in by my demo producer, J. Michael Collins.  Unfortunately, I wasn’t able to attend this year as I had just returned home from another convention in Vegas (WoVOCon – the convention put on by the World Voices Organization, our Industry Association – www.world-voices.org for more information if you’re interested), so I went about my Sunday evening as usual.  I truly didn’t expect the flood of emails and texts and instant messages from Facebook when I won in my category (woah!).  What a wonderful and unexpected surprise.  Not that J. Michael and A.J. McKay (the audio engineer on the project) didn’t do an outstanding job in making me sound my best – but the competition was fierce.  It always is at these award ceremonies. 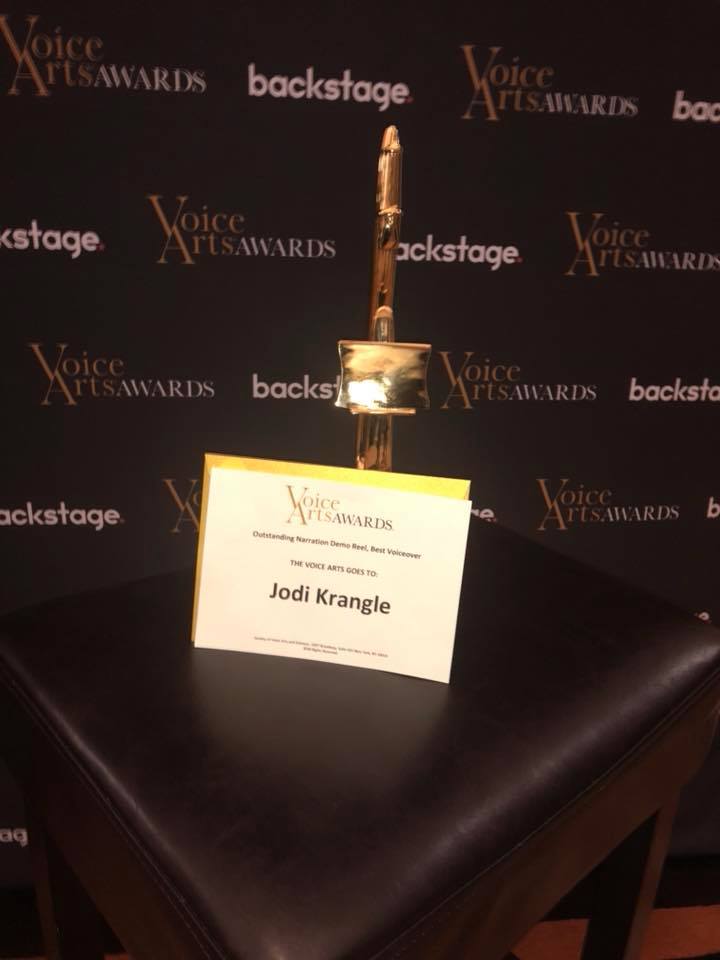 I’m extremely grateful to both J. Michael and A.J. for the stellar job they did (they’re pictured above, accepting the award on my behalf).  But I also hugely appreciate all the judges (that must be a really hard job!) and Rudy Gaskins & Joan Baker for being the masterminds behind this wonderful show (along with the That’s Voiceover Conference that happens the day before the awards).  This 5th Annual Awards Show featured a tribute to Sigourney Weaver, as she received a Voice Arts Icon award, a tribute to Van Jones as he received the Muhammad Ali Voice Of Humanity Award, and a tribute to Rosario Dawson as she received the Environmental Voice Arts Award.

It was a wonderful night for nominees and award winners alike, lighting up the red carpet with their elegance – and while I was sad I couldn’t be there, J. Michael’s acceptance speech on my behalf was far better than I would have been able to come up with on the spur of the moment.

You can hear the announcement of the winner and his acceptance speech below.

This video was very kindly taken by Sophia Cruz – who you can hear “whooing” in the background. 😉

In case you’re curious, the award-winning demo is here:

It’s a rare occurrence that a voice actor gets any recognition at all, and most of us spend a great deal of time in padded recording booths speaking to ourselves.  😉  So this kind of appreciation is a rare and wonderful thing.  Thank you to all involved.